This morning the government’s long-awaited Clean Growth Strategy was finally published to a mixed response from the renewables lobby. Here we have collated some of the leading commentary so far. Jeremy Leggett, founder at Solarcentury: “The full five pages of proposals do not mention solar PV – the world’s fastest growing power technology, with the […] 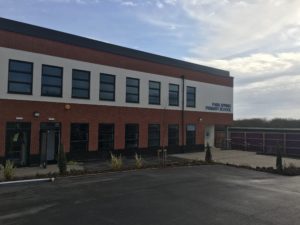 Ecogise Group have completed works at Park Spring Primary School. The development has included: Increase its capacity from a 1.5 form to a 2 form entry with effect from 2018. The two storey extension links to the existing building on both levels allowing free flow movement between old and new. The works comprised of the […]

PV cells are made from layers of semi-conducting material, usually silicon. When light shines on the cell it creates an electric field across the layers. The stronger the sunshine, the more electricity is produced. Groups of cells are mounted together in panels or modules that can either be mounted on your roof or on the […]

Solar panel electricity systems, also known as solar photovoltaics (PV), capture the sun’s energy using photovoltaic cells. These cells don’t need direct sunlight to work – they can still generate some electricity on a cloudy day. The cells convert the sunlight into electricity, which can be used to run household appliances and lighting. https://youtu.be/3nP72KVnr-M

1) Reduces electricity bills Solar PV will reduce your businesses running costs during daylight hours and therefore either provide you with an opportunity to reduce your sale cost or increase your gross profit margins. 2) The business will get paid The government backed incentive also generates revenue from all of the energy that you produce. […]

NEW INDUSTRIAL AND DISTRIBUTION DEVELOPMENT WITH EXCELLENT ACCESS TO M62, M1 & A1(M). Currently offered by AWS are various industrial properties to let in Castleford, West Yorkshire, sizes varying from 3,000 sq ft up to 130,000 sq ft. Tri Link Park is a fully serviced site of 5.96 acres, on which development can commence immediately. […]

The Department for Energy and Climate Change probably expected its proposed subsidy cuts to be roundly criticised by the renewables industry, but it just might be taken aback by the response from opposition ministers. Energy and climate change secretary Amber Rudd has now been pilloried from all corners, with Scotland’s Fergus Ewing, Welsh minister Carl […]